The Bloomberg Innovation Index rates countries on factors that when used together, are a representation of innovation levels. These factors are:

Here (above), you can see how countries have been scored, with a darker colour representing a higher score on the Innovation Index. The highest score given is 89.00, awarded to South Korea. For those of you who are not the best at geography, South Korea is the dark blue 'dot' to the west (left) of Japan. If you are really bad at geography, Japan is the long thin, dark blue shape to the east (right) of the map.

Hover your mouse over various regions and you will see each country's score.

Whilst the map above is a useful aid to see how where innovation happens across the world, we have broken down each region as follows:

As you could see from the world map of innovation scores, Europe is very well represented as a whole with Sweden leading the way with an innovation score of 83.98, closely followed by Germany, Switzerland, Finland and Denmark. Belgium, France, Austria, The Netherlands, Ireland and the UK also show strong rankings.

In a map focused on the east of Europe, Poland leads the way with significant innovation scores from Czech Republic, Hungary, Slovakia, Romania and Ukraine. It is great to see countries so often ignored by western Europe to be strong contenders in the world of innovation.

Asia is blessed with some truly innovative nations such as South Korea, the current leading light of the innovation world. Following hot on their tale is Singapore and Japan. A little further behind are China, Malaysia, Thailand and Kazakhstan. We feel that China is incorrectly scored due to their secretive nature and Western bias, although this is improving on a daily basis.

For those of you with highly sensitive mice, you can see the innovation score for Singapore if you can navigate your mouse pointer to the one or two pixels that represent the country underneath the tip of Malaysia. It's tough, but can be done.

As is expected, the United States (for now) is a leading innovator, but will President Trump's policies lead the company backwards or forwards in the coming years? Canada posts a typically Canadian score - not too great, not too shabby (Canada in a nutshell), whilst Brazil and Argentina posts low scores with corruption a huge factor in terms of innovation not playing more a part in their economies.

Dominated by Australia and New Zealand, Oceana is only represented in the Bloomberg Innovation Index by these two countries. You'll have to make up your own mind if you believe that New Zealand is a more innovative nation than China...

Israel, with its very strong score is followed by both Turkey and Cyprus with other countries in the region not included in the index.

Only two countries make the index from the African continent, which are Tunisia and Morocco, with both appearing and the very low end of the index.

The list of countries in the Bloomberg Innovation Index 2017 in order of score.

We hope that you found our breakdown of Bloomberg's Innovation Index useful!

We'd love to discuss how we can unlock the innovation in your business and work together. Call us on 0161 7060483.

We are an innovative consulting firm specialising in assisting growing businesses. 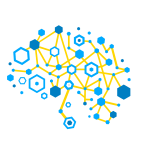